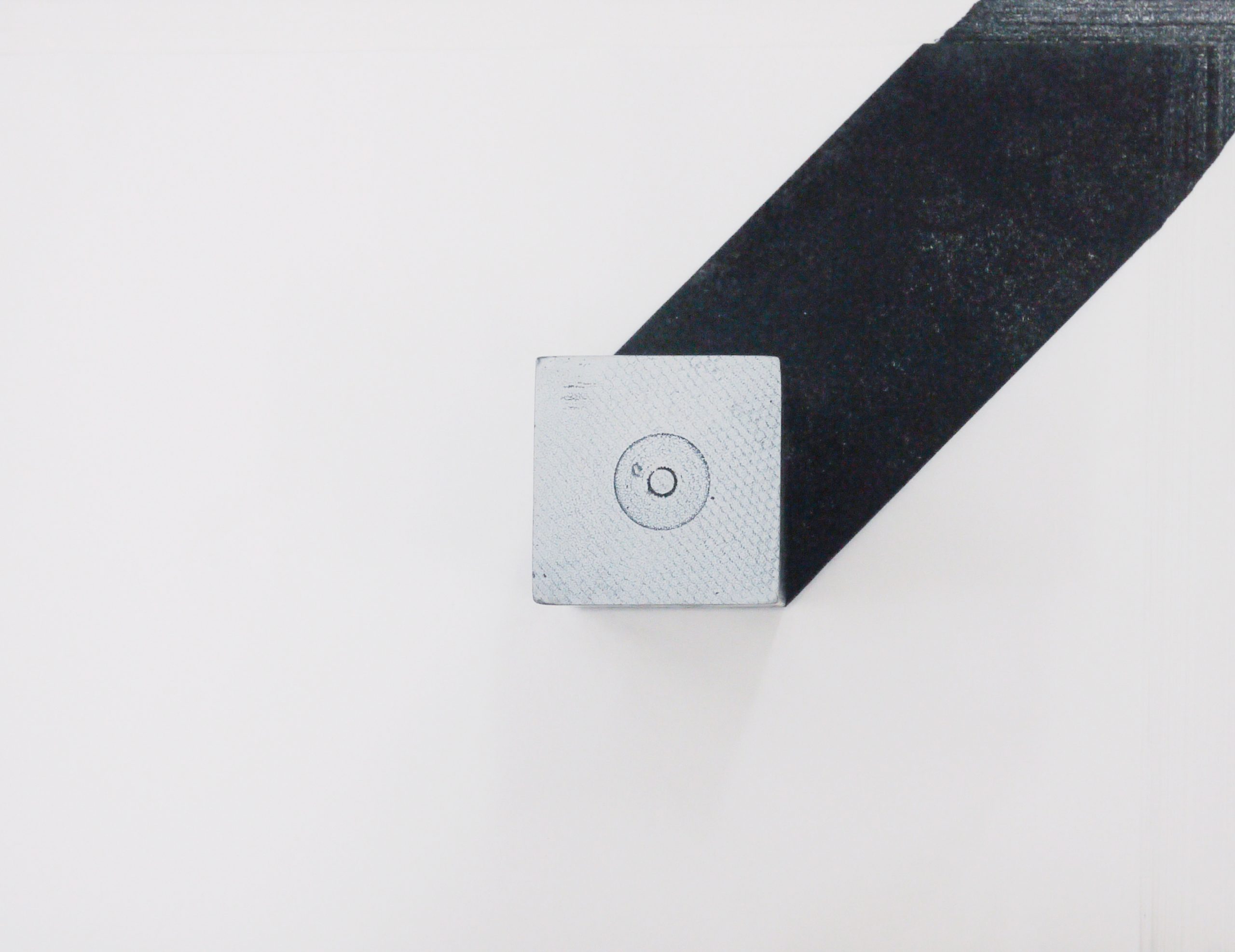 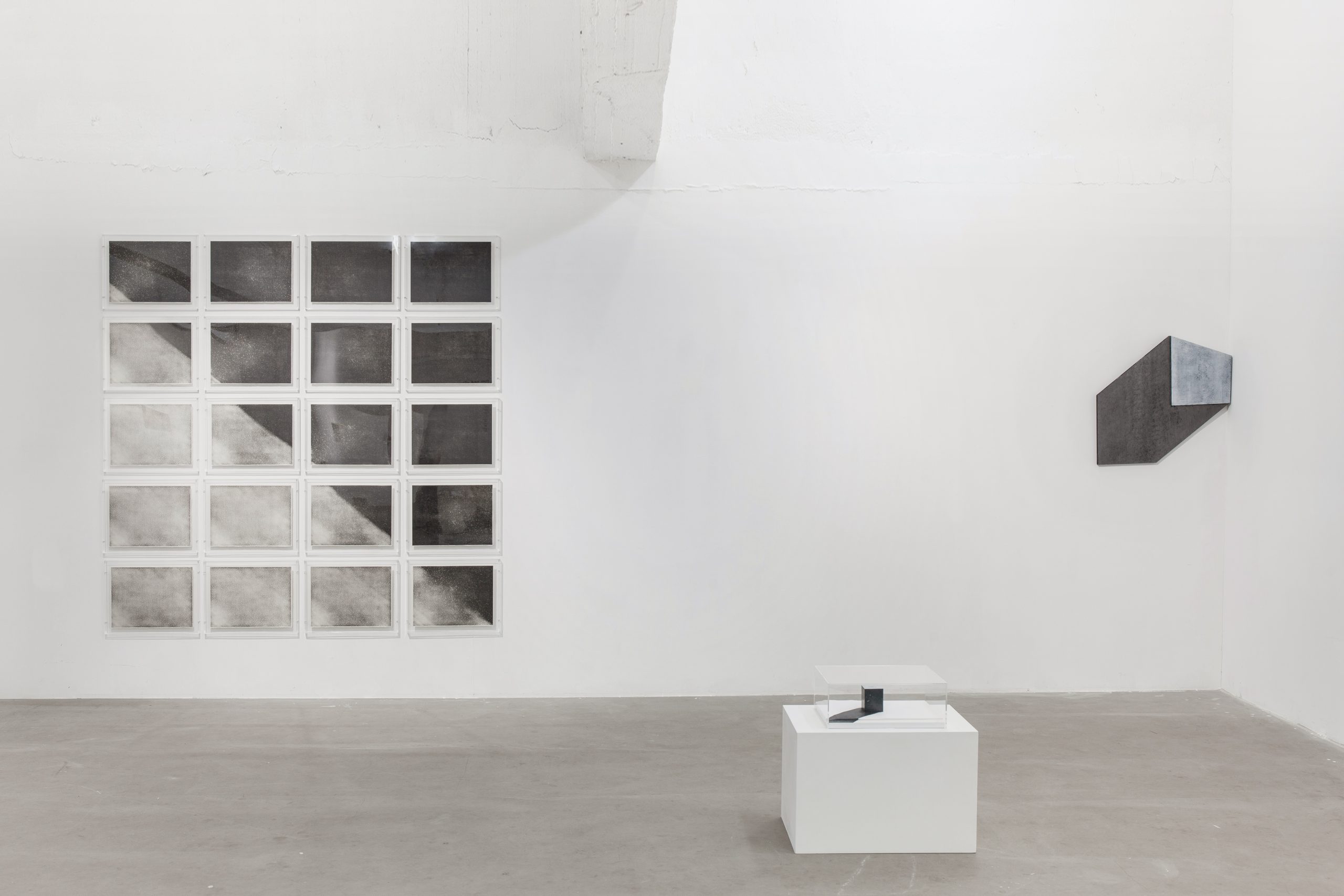 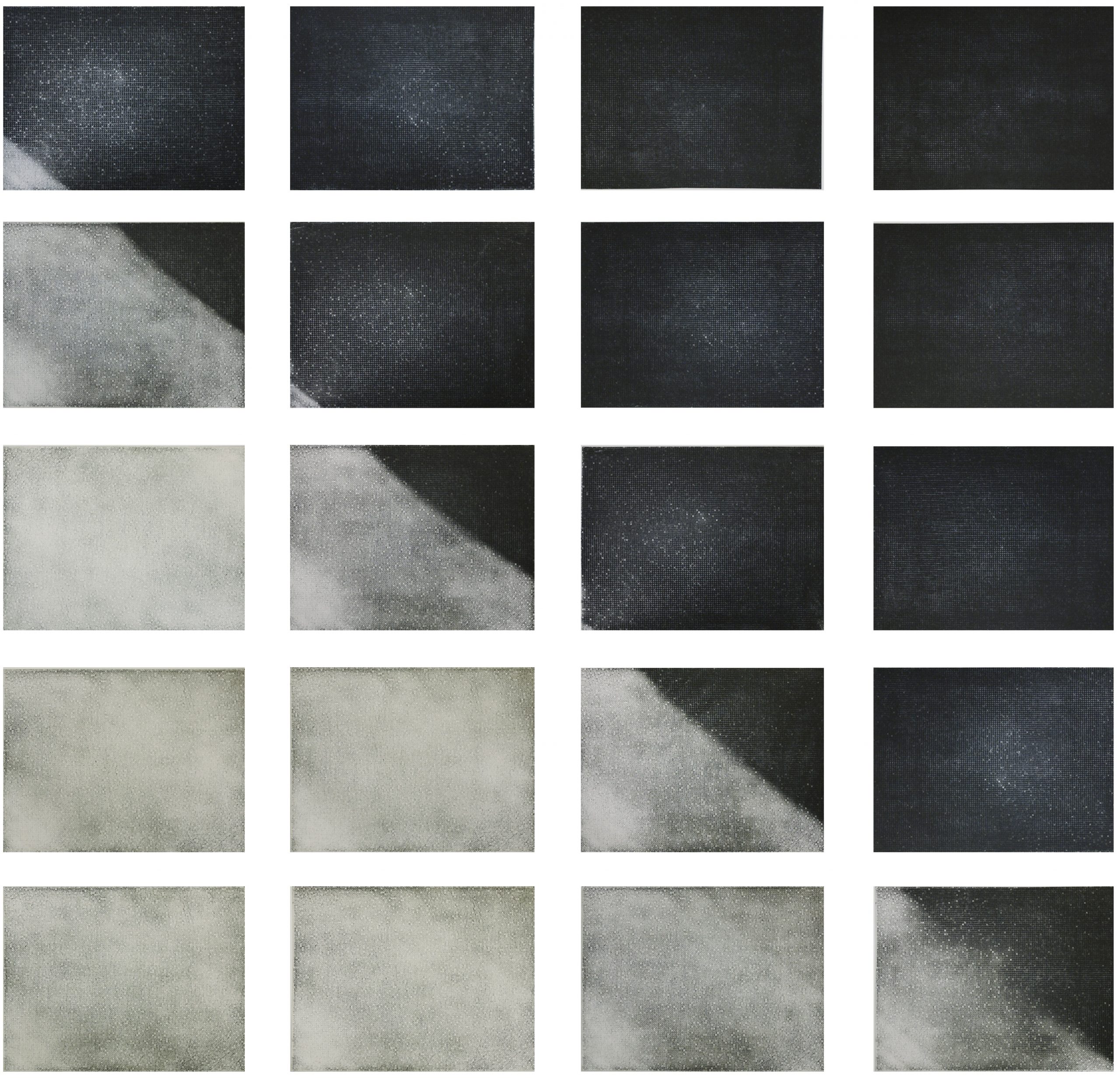 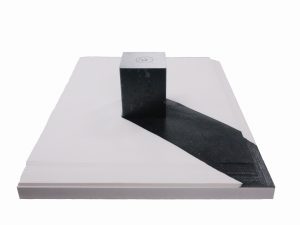 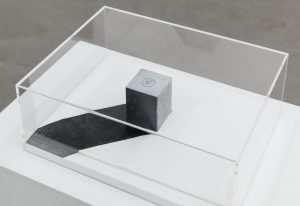 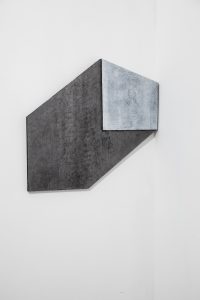 graphite on paper mounted on 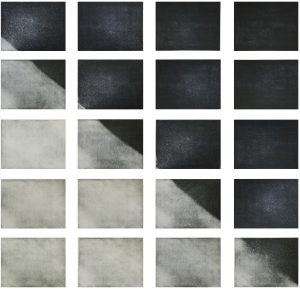 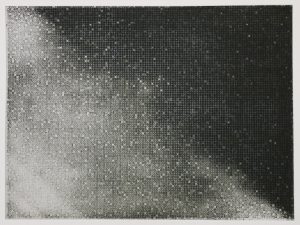 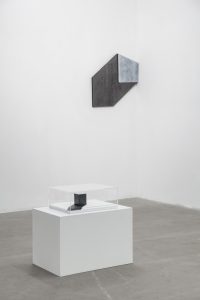 After the study of time with many meditative works, I would like to learn time from more directions, therefore I started to travel back and forth between introspective and universal studies. With the additional help of the scientific studies, I turn a new page of thinking what Time is.

As we usually define, time is a combination of past, present and future. Then the thoughts would go into a maze, as past, present and future have never been constant. Past gains more volume when the clock ticks. Present is “this moment” but keeps slipping away, and becoming a part of the past. Future is always getting closer and it can transform into present and past in some next moments. They are all variable when time goes by, the assumption becomes a whirlpool absorbs all the questions but give no answers.

However, present, for me is always a charming topic to study with, as it is fading out every moment, it is in the paradox of existence and disappearance. Recording the present is a way to understand time from the beginning of civilization, for me the action is reminiscent as they recorded something keeps fading.

Sundial is the earliest measurement of time, with the observation of the repetitive pattern the sunlight comes and goes, ancient people developed the first timeline system. However, every sunlight mark they made was a delay. The sun who send the light is 147.36 million km away from us, it takes eight minutes forty seconds to touch the ground of earth. We see sunlight with a eight minutes forty seconds delay. From the point of view of the sun and even the universe, we are living in the shadow of the past, not only conceptually but also physically.

After Einstein suggested the theory of relativity, if we raised the question about time, we have to ask what is space too, as time can always change with motion- with the space changing. This also explains how sunlight of the past is appearing at the present. With time comes to the philosophical discussion, it has never been stop debating from the Ancient ages of Greek. One of the famous quote about time from Aristotle, time is the most unknown of all unknown things.

In my work Light year theory I, a heavy cube of still (a heavy metal) is put on the layers of rice paper which time was printed on. I used the oil printing ink to print the shadows repeatedly. The repetitive printing actions occupied my hours, the unit to measure the time within this period were every piece I printed but not every ticks of clock. I put the prints separately on the wall in order to dry up the ink. When my walls were full, the process stopped, so the unit of measuring the time is transformed to the space they occupied. If someone asks me how many time you spent on printing, my walls in my studio is the answer.

Then the time is transformed again, as I condensed all the prints into a pile, the time was no more surrounding me in the room, it is now stacking together under the still. My time was undergoing the expansion and contraction.

In the work Light year theory II, it is also a cube on rice paper, but the cube now is compressed into a polygon. This is a conjecture that if we move far away from a cube and observing it from the side, perspective created, and with the moving in space, time is involved.

I used graphite drawing lines on paper, depicting the shadow from the “cube”. When the movement repeated frequently, graphite became so intense, the lines were sticking together, lines were no more exists. It then became a shiny layer. Time indication of the process disappeared as the lines melt into each other.